Can you get Alzheimer's Disease when you are young? 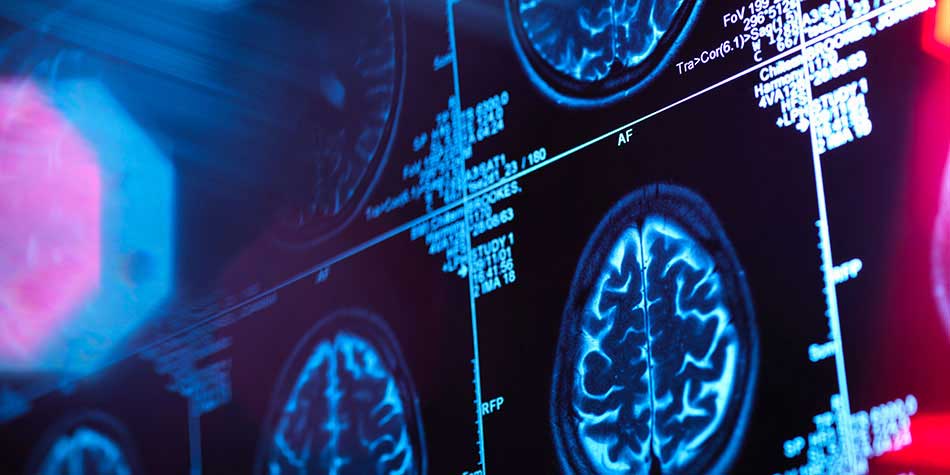 We typically associate Alzheimer's disease with an older population since most people who develop this progressive brain disorder are age 65 and older. Currently some 5.5 million Americans—two-thirds of them women—live with the disease. But hidden within that estimate, a smaller number—approximately 200,000 adults—develop the condition under the age of 65. When this happens, it's called early-onset Alzheimer's. "There are several forms of dementia and Alzheimer's is just one type. While early-onset Alzheimer's is somewhat uncommon, it still happens," says Dr. Nimi Patel, neurologist.

How is early-onset different?

A form of the apolipoprotein E (APOE) gene may also be involved, but its presence doesn't guarantee that a person will develop the disease. Scientists also believe there may be a genetic component in early-onset.

At its earliest stages, signs of Alzheimer's disease include memory loss, struggling to find a word and losing track of dates. These symptoms can seem somewhat normal due to the demands of everyday life. We all struggle to keep up with appointments, kids' schedules and work deadlines. Misplacing things seems like a given in middle age and we've all laughed at "senior moments" when we sometimes can't recall a word.

This can sometimes make diagnosis vexing. Healthcare providers, not expecting a middle-aged person to have Alzheimer's, may mistakenly attribute forgetfulness and trouble focusing to stress or some other condition. "In the earliest phases, it may just be memory problems," says Dr. Patel. "We have to see something beyond memory loss. We used to call it mild cognitive impairment. This includes memory loss and some impairment of activities of daily living. Initially symptoms fluctuate. These patients have to be monitored very closely since a significant percentage will convert to Alzheimer's disease."

Short-term memory loss, confusion and a decline in thinking skills are all signs that it's time to see your primary care physician. It can be helpful to keep notes about symptoms to share with your doctor.

How is it diagnosed?

There is no one test indicating Alzheimer's. A thorough medical history and complete medical exam can help rule out other health issues that might produce dementia-type symptoms. A neurological test of cognitive function, including counting, memory and problem solving, may be given. Blood tests and brain imaging—typically an MRI—can indicate other possible conditions. In some highly individual cases genetic testing may be considered in making a diagnosis. This depends on a variety of factors, including the age of the patient and availability of family members who may have already developed the disease. Other factors can include cost and insurance coverage, since the test is expensive.

Other causes of early-onset dementia

According to Patel, other types of dementia that can start under the age of 65 include:

"This is caused by damage in the different vascular territories of the brain," she says. It typically results from small strokes, where oxygen to the brain is blocked, causing brain cells to die, or bleeding in the brain. Initial symptoms of brain damage include trouble making decisions and impaired judgment.

FTD is considered the third most common dementia in people under age 65. The typical age of diagnosis is between the ages of 45 and 65, when people are still at the height of their financial and family responsibilities. Symptoms tend to revolve around difficulty with language and behavioral changes. According to the Alzheimer's Association, these dementias are inherited in about one-third of cases. The only known risk factors are family history or a similar disorder.

This is typically the result of acute trauma caused by a violent impact to the head, often from car accidents and concussions.

CTE is the result of repetitive brain trauma, such as that sustained by athletes (boxers and football players) and military members (blast injuries).

The most common type of ARBD is cognitive impairment, experienced by 50 to 70 percent of alcohol abusers. This may be partially or fully reversible if the person stops drinking. Wernicke-Korsakoff syndrome is actually two different conditions that are the result of thiamine (vitamin B1 deficiency—common in people who drink excessively. Wernicke's encephalopathy is a sudden and acute reaction to a severe lack of thiamine and requires immediate medical attention. Symptoms include stumbling, confusion and lack of coordination; it may be reversed if caught early enough. Korsakoff syndrome is chronic and irreversible. It causes both short and long-term memory loss, although other thinking skills remain intact. For example, a person may carry on a coherent conversation, but have no recollection of it moments later.

These are the most challenging to identify. While other types of dementia are caused byneurodegenerative disease, the cognitive and behavioral changes from this type is the result of another underlying condition, such as an autoimmune disease or cancer. The dementia is typically identified by the presence of antigens/antibodies or extreme inflammation—and may overlap. The one bright spot with autoimmune-mediated dementia is that once the underlying cause is identified and treated, treatment for this type of dementia tends to be successful and immediate.

After a stroke, Mr. Parker's got this!

August 20, 2019
Mr. Parker had experienced mini-strokes in the past, but he knew something was very wrong when the Ware County EMS brought him to Memorial Satilla...
Previous Post
Memorial Satilla Health

April 23, 2019
Sneezing, congestion and itchy, watery red eyes - seasonal allergies just won't quit. So why are you experiencing such bad symptoms? A single...
Next Post
Back to blog home

Taking a chance on rehab pays off for stroke patient

How to Avoid Heart Disease: 6 Steps to a Healthier Heart

Can the Flu Shot Really Save Your Life?

Five Drugs that May Impair Your Memory

The importance of well-woman visits